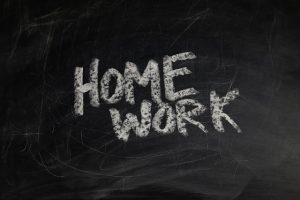 I have to apologize in advance for this post. My intent is not to offend anyone with this piece, but lately I’ve seen too much clickbait, misinformation, and fear-mongering articles floating around, so I feel the need to address it. My goal is to elaborate why it is important to 1) get your information from credible, diverse sources, and 2) take the emotion out of it. Sometimes we don’t follow these two principles before we make judgments or opinions about political topics or figures. When we make these kinds of errors, it only makes us look foolish.

Since before the founding of our republic, the news media has been biased. Only it was slightly worse. The British hired publishers to put out papers negative to the Americans during the Revolutionary War to drum up support in their cause. The Americans did the same, but also took it a step further by attacking presses that were against the Patriot cause.

After the ratification of the Constitution, the press was used by the Federalists led by Alexander Hamilton and by the Democratic-Republicans led by Thomas Jefferson. The two parties’ issue positions were almost complete opposites. Both parties used the press to promote their own agendas and to attack the other.

There have been many changes in how the press has functioned in our system of government since then, but one thing still remains: there is still an element of bias. Many news organizations are funded by people who have agendas. Journalists often have certain beliefs and can sometimes inject their personal bias into a story. However, professional journalists have codes of ethics that they are required to follow (if they want to have any shred of credibility and respect). Violating these ethical principles can bring negative consequences.

The Truth Is Usually Somewhere In The Middle

The best way to overcome bias is to get your information from different sources that have different opinions or perspectives. Read as much as you can on a subject to be able to form knowledgeable opinions. If Fox News is saying one thing about an issue and MSNBC is saying something quite different, there’s a good chance that the truth is probably somewhere in the middle.

I would consider myself a conservative individual on most issues, but I still read the New York Times, the Washington Post, and I’ve even clicked on MSNBC articles from time to time. That’s not because I’m a RINO or a CINO (conservative in name only – didn’t know that was a thing until recently). It’s because I like to do my research. I like to get multiple angles on a story or an issue before I make an opinion. It helps me understand where someone else (whom I disagree with) is coming from. When we only stick to one side of the argument or information, it’s hard for anyone to have a productive discussion with us.

I want to talk about an example that shows what happens when you don’t do your homework to come up with an informed opinion. This blog post titled “The Truth About Evan McMullin – And Why I Am So Disappointed in My Mormon Friends For Falling For This” encapsulates what I have seen from many people over the past few weeks. While people are entitled to their opinions, and it’s ok for us to disagree, it’s quite juvenile and ignorant to perpetuate information that is false.

First, the piece picks and chooses the points from Evan McMullin sources that somewhat fit into the justification of voting for Donald Trump. Second, it’s laden with logical fallacies. For example, the article implies that because Evan McMullin worked for Goldman Sachs and the CIA, he is, therefore, evil. Third, it’s an appeal to emotion while trying to disguise itself as reason. Here’s an excerpt:

“When the GOP Establishment Never Trumpers and their Clinton allies went looking for a 3rd party spoiler they needed someone with a constituency of sheeple who would follow him regardless of the obvious logical outcome (President Hillary.)  There were plenty of Republican politicians who had lost to Trump in the primary or who had foregone a run in 2016 and didn’t like Trump much or were outright hostile to him, but not a one of them would put their name on the line and be the fall guy who put Hillary in office. So plan B – find a weak-minded demographic and create a leader for them.”

This is only one quote, but the whole thing is filled with conspiracy level assumptions laced with fear-mongering. (As a side note, it’s interesting that the author’s point is that Mormons are being duped by another Mormon, which the author then uses as a justification for voting for Trump – a man who lies almost every time he speaks. The irony kills me, but I digress.) After listening to McMullin speak about the state of the country and his plan to fix it, I can conclude that he is just as opposed, if not more than Donald Trump, to Hillary Clinton. He’s just not a vile scumbag about it.

It’s truly sad that pieces like these spread and convince people so easily. We often let emotion dictate our decisions and our opinions, rather than using our reasoning skills to make rational conclusions.

I used to think with my emotions a lot many years ago. Because of this, I got caught up in the crazy conspiracy theory garbage that goes around. It’s kind of embarrassing for me to admit this, but I used to work with a guy who would convince me to believe these theories. They usually focused on organizations that were going to take over the world once Obama was elected. And I believed these theories because they got me to fear.

Then one day I realized: “Hey, none of the things he said are actually happening…I’ve been duped!” Eventually, I became sick of people winning over my emotions and persuading me to believe something that just wasn’t true. Now, I take more of a skeptical approach until I do the research for myself (just ask my wife). If something sounds fishy, I’ll dig through information until I can find a clear answer to make an informed opinion.

By no means am I suggesting that I have transcended to a higher level of thought and reason than everyone else. I still make stupid decisions because I let my emotions get in the way. I’m only suggesting that each of us strive to separate the emotion out of our words, our actions, and our decision making.

So with all of that being said, here are some tips that we can use to be better informed:

Hopefully, through the things I have described, we can have a greater discussion on tough topics even when we disagree. I believe that if each of us does our homework before jumping into the discussion, the world can be a better and more civilized place.