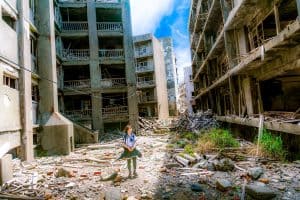 A few years ago while I was serving a mission for the LDS Church in Baltimore, Maryland, I learned one of the most important lessons about solving problems rather than perpetuating them.

I was in a small area with a companion that I had a hard time getting along with. One day I had a meeting with one of my leaders who asked me how things were going. I proceeded to complain about all the issues I was having with my companion, how frustrated I was, and how he just didn’t get it. This leader listened, waited a moment, and then humbly said: “You know, Elder Gundersen, I once heard a quote that has helped know what to do in these times: ‘Be a light, not a judge. Be a model, not a critic. Be part of the solution, not part of the problem.'” And that was all he said.

His words cut deep. I realized that I had spent so much time and energy focused on what was wrong that I didn’t have any time to focus on coming up with solutions to my challenges. I had judged my companion’s actions and motives rather than try to be an example. I had criticized his behavior rather than trying to show how a missionary should act. By doing these things, I had become part of the problem.

I think it’s part of our DNA to see the negative and focus on it. Not because we enjoy it, but because it bothers us. Problems surround us every single day, and we’re not going to escape them anytime soon. But we don’t have to add to them through negativity of our own. Rather than getting in an argument with our spouse, we ought to choose to let it go, work through it calmly, or compromise. Rather than getting in a war of comments on Facebook over some politically charged issue, we ought to actually try and understand the issue and comment with respect and civility. Rather than crying over spilled milk, we ought to clean it up and pour ourselves a new glass.

Over the last several months there has been so much division in our country. One side of an issue cries that they are victims, and the opposing group calls them liars and that they, themselves, are the true victims. Heated and, as we have seen, violent argument ensues, and we become even more divided. There’s so much complaining on all sides of each issue, and as Americans and human beings, we should be better than this. We can’t afford to be part of the problem. We must be part of the solution.

After the Dallas shooting this past week, Dallas police chief David Brown said, “Serve your communities. Don’t be a part of the problem. We’re hiring….Get off that protest line and put an application in. We’ll put you in your neighborhood and we will help you resolve some of the problems you’re protesting about.” It doesn’t matter what color your skin is, those are wise words for everyone. If you see a problem going on, don’t just stand around and complain about it. Do something constructive to fix it!

No matter what kind of situation we find ourselves in, my hope is that we can be problem solvers, not problem promoters. So many problems can be quickly fixed and even avoided if we were to adopt this mentality. Sometimes we just need to swallow our pride and think of someone else rather than ourselves. So the next time something happens that you don’t like or agree with, before reacting or complaining, ask yourself: “Do I want to be part of the problem or part of the solution?”

PrevPreviousFinding A Job: Faith and Works
Next24 Reasons Why You’re The BestNext