Disconnected: How Social Media and Technology Leave Us Feeling Empty 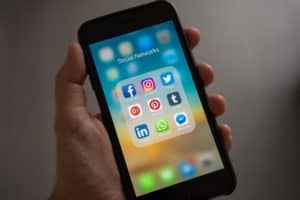 A while ago I wanted to get together with some friends to hang out and catch up. I created an event on Facebook and invited the people I wanted to see. Many of the people I invited responded and showed up. Others, however, saw the invitation, RSVP’d, and then were nowhere to be found when the event came around.

After feeling rather disappointed about people not showing up who said they could make it, a thought hit me: social media doesn’t necessarily make us more connected, it can isolate, alienate, and ultimately disconnect us from the people we care about.

I’m not just talking about isolation in the sense that we now have millions of people that stare at their phones rather than talking to the person in front of them. I’m talking about the subtle isolation that comes as a result of the dopamine high we get from seeing those hearts and thumbs roll in after we post the latest depiction of our perfect lives. We mistakenly think: “People will love this. I’ll get tons of ‘likes’.” Sure, our friends in quotes (more like acquaintances) may double tap or snap back, but after that moment, it’s gone. Forgotten. Suddenly, no one cares. (This is ironic considering that part of Facebook’s new mission statement is to “give people the power to build community and bring the world closer together.” But props to the former tech execs who are speaking out against the negative effects of tech/social media.)

Why do we do this? What are we really looking for?

The real way to reach that sense of fulfillment from our relationships is through personal communication. If I really wanted to get people to the event that I planned, I should have called them and personally invited them. That would have made them feel important and that I wanted to see them. But instead, I decided to make a Facebook event, invite people, and assume that everyone would show.

Lesson number 1 from Dale Carnegie in How to Win Friends and Influence People (a book I highly recommend reading) that I failed to remember is to “become genuinely interested in other people.” Making a personal phone call shows that you’re genuinely interested. We all receive dozens of event invitations on Facebook each week. And if you’re like me, you often ignore them thinking you’ll respond to it later.

So why don’t we do this all the time? Why don’t we go out to lunch with others, call them on the phone, or invite them over for dinner?

We Often Succumb to Fear

I don’t think it has anything to do with the amount of time we have. If it’s important to us, we would find the time. 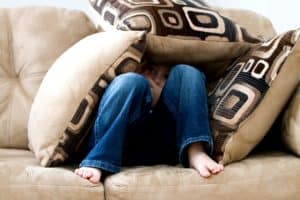 I think one of the reasons is because we’re afraid. We’re scared to invest time, and we don’t want to be let down. One of the worst feelings in the world is unrequited care and concern. Sometimes we think: “Well, so and so hasn’t reached out to me, so he must not like me.” And unknowingly, we further disconnect ourselves from those we care about. We slowly build up walls of apathy that close is off from meaningful and fulfilling relationships, while our friend in question is thinking and doing the same thing (Most of the time…Sometimes people just don’t like us..)

Social media and technology don’t just impact the relationships we currently have. I would say that they limit our ability to develop new friendships and relationships. How many of us know the names of our neighbors? Maybe we’re friends with them on Facebook, but do we know the names of their kids? Do we say hi to them in our neighborhoods? Or do we state down at our phones when someone walks by because we don’t want to awkwardly make eye contact and then have to say something? Yeah, I’ve done this many times too. And that’s a problem.

Yes, social media can have good uses. Grandma can see what her grandkids are up to from 500 miles away. You can find people you lost contact with years ago. You can get the word out on a cause you support. (The Russian election-meddlers certainly understood that.) A novice writer like myself can complain about the negative effects of social media ON SOCIAL MEDIA!

What Can We Do?

I’m not saying that we should completely ban social media or technology from our lives because it almost certainly has become a necessary evil. What I am suggesting is that we step back and evaluate the real connections we have in our lives. How close are we to our family members? Do we have close friendships? Do we know the members of our communities? What would a phone call do for someone we haven’t talked to in a while?

If you don’t care about having close connections with other people, then thanks for the clicking and supporting my dopamine addiction! But if you do care about the personal relationships in your life, try spending some time not scrolling and actually connecting. If you need some help but don’t know where to start, here are some good ways to disconnect from social media, your phone, and technology. As humans, we crave interaction with others. That’s how our species is wired.

As I have cut back on social media and technology (I still get on Twitter too much. Working on it.), I have felt more fulfilled with my life and my relationships. 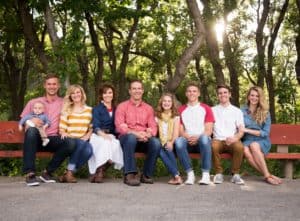 Over the past several months, I have tried to make technology MY slave rather than becoming a slave to technology. It is a constant battle because I love technology and shiny things.  But I love my family and my friends more. I want to make sure that I don’t miss opportunities to connect or “the important moments” because I was too preoccupied with things that don’t provide long-term value.

PrevPreviousYou Have Done That Yourself: A Lesson From Star Wars
Next4 Life Lessons I Learned From John StocktonNext