The Value of Compromise 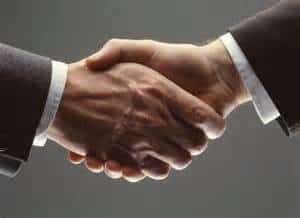 The Value of Compromise

RINOs and DINOs and liars. Oh my… What do these words have in common? In the world of politics, they are typically used to describe people who actually try to get things done. While I acknowledge that a person may actually be a Republican in name only or a Democrat in name only or even a compulsive liar, these words are used far too often to describe individuals who try to come up with practical solutions. In today’s political environment the amount of vitriolic attacks and nasty rhetoric has become frustrating. Rather than working toward solutions, many politicians and supporters take hardline stances on issues. Sometimes these stances are not driven by adherence to principle, but to gain favor in the eyes of the populous and to further his or her own agenda/prominence in the political arena. There are times and places for standing up and not moving, I admit. But generally speaking, moderation and compromise are the preferred ways to deal with human beings that may see things differently than you do.

Compromise is hard. I’m married, so I get it. Compromise means having to make concessions and not being able to get everything you want to reach a solution that is beneficial to everyone in some way. If I didn’t compromise with my wife on things, she wouldn’t be very happy, and therefore I wouldn’t be very happy either. Over the short span of time that my wife and I have been married, we have learned the need for and value of compromise. Here’s an example: This past Christmas was our first Christmas together. Her family lives in Idaho, and mine lives in Utah. Both of our families wanted us to spend time with them because we had spent the last three and a half months away in Washington D.C. I suggested that we go up to Idaho first and then spend time with my family the next year. Was this what I really wanted? No! I wanted to spend time with my own family during Christmas. But I knew that one of us would have to give up what we wanted in order for the both of us to be happy in this particular situation. (My wife was fully ready to make this concession for me – I just beat her to it.)

While this example may seem inconsequential in the grand scheme of things, it is compromises like these that help marriages and human relationships function. The key is that both parties need to be committed to making it work when differences arise. If I would have stomped my feet and demanded that we visit my family the first year, I probably would have had my way, but a rift would have formed in our relationship.

I believe the best way to resolve differences is through compromise. Not only is it important in marriage but also in politics. Without compromise, there would be no United States. During the Constitutional Convention at Philadelphia in 1787, delegates from many of the former British colonies came with strong ideas and opinions on how the new government should function. For example, Alexander Hamilton strongly believed that the British government was the best system in the world, and therefore the American government should be patterned after it. Not surprisingly, no one really agreed with him on that one. Most of the delegates wanted the legislative body to have equal representation of each state or based on the population of each state. Roger Sherman, a delegate from Connecticut, saw the impasse the convention had reached and proposed the Great Compromise. The proposal gave the Senate equal representation while the House of Representatives representation would be determined by state population. This compromise was necessary for the Constitution to make it out of the convention alive.

When things are deadlocked, it takes a man or woman of great character to walk over to the other side and say: “I know we disagree on a lot of things, but let’s see if we can come up with something in the middle – something that works.” This is why someone like Ted Cruz, in my mind, is not the best candidate for president (that does not mean I support Donald Trump for president). He does not want to work with the other side on important issues. He doesn’t even want to work with his own party on the issues for crying out loud! We need someone who can figure out a solution down the middle of the road that can benefit many groups rather than just one. We need compromise. We need to remember that our nation was created on the premise of compromise. In no way am I suggesting that we can never stand up for principle. I am simply suggesting that we compromise when we can. Whether in a marriage or in politics, the only way to (happily) succeed is to compromise. When we fail to look at the other side and only consider our own thoughts and opinions, our narrow-mindedness reveals itself. Rather than being part of a solution, we become part of the problem.