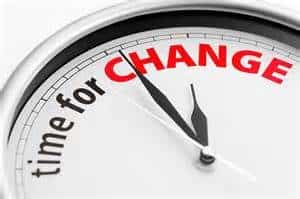 History, Political Science, or Information Systems? There is an outlier among those majors, but they were my top choices when I started college. Anyone who knows me would say that I would have picked either history or political science. To the surprise of those people, I ended up choosing information systems. I then changed my decision midway through and wound up in an industry not very affiliated with my college major. Through this process, I made some tough decisions that required leaps of faith. I hope that through my story, someone else can have the courage to make a big decision or change in their life.

I love technology (queue the Napoleon Dynamite song), and I’m pretty handy with it. Before deciding on a major, I already had a job working in IT. I figured it would be a logical to study a computer related field. I also knew that any job I received with my degree right out of college would pay extremely well. I’ll admit, that was probably the biggest motivator for choosing information systems.

I took all the prerequisites, applied to the program, and got accepted to BYU’s highly distinguished Information Systems program. I was excited and positive I would love it. After the first week, those emotions left quickly. In fact, I wanted out. I felt like I wasn’t in the right place. Sure, my degree might make me a lot of money, but at what expense? I wanted to study something I was really interested in.

When I approached a counselor for some help, he told me that there weren’t many options at that point. I could either stick it out until graduation or go through the semester and then reassess how I felt. A little disappointed, I decided I would see how the rest of the semester played out.

The semester was really difficult and stretched my abilities. I worked with some incredible individuals and made some great friendships. However, when the semester ended, that same feeling of being out of place returned. Throughout my life I have loved writing and music. When I was young, I really wanted to write stories and novels. As I grew older, I turned to guitar, singing, and then song-writing. I also really loved current events, history, and politics. I would read the paper every day (not just the sports section) in high school. What high school kid does that? So the transition to coding every day definitely wasn’t my preferred form of expression.

This was my educational existential crisis. I started to dig deep in my soul to figure out where I wanted to be and what I wanted to do. My search led me back to political science. After much deliberation, I decided that I needed to jump off the edge and hope that I could fly. Everyone I talked to about my decision questioned what I was doing. The general consensus was that I was either crazy or had made a rash decision. These sentiments certainly did not reinforce my decision to make a change.

As the weeks went by, I had the opportunity to attend a political science trip up to the Utah state capitol building. It was there that I met my wife. Without switching to political science, I would have never met my best friend. I’m convinced it was divine intervention. But even as wonderful as it was to have met my wife, that’s not the reason why I’m telling this story. (I’ll tell that story another time.)

I tell this story to illustrate a couple points. First, you have to follow your heart even if that means changing things up. If you’re not enjoying something in your career, then don’t do it. This may seem a bit obvious to some people, but there are many people who just go through life sticking to what feels “safe.” That isn’t to say that you should never do things that are not enjoyable. Do what you love and don’t give up when it seems tough. I loved to write, and I loved politics. I faced a lot of doubt and fear at the beginning. But because I changed my major and stuck with it, I was able to spend a semester in an internship in Washington D.C. It was one of the most educationally enriching experiences of my life, and I loved every minute of it.

The second point is that there are no sunk costs in the pursuit of education. Everything you learn can be useful at some point. There were moments when I thought that the time I spent in the information systems program was a waste. I have since learned that is not true. While I didn’t end up studying information systems, the skills and knowledge I gained in that one semester have been valuable and marketable for my overall career. I can’t count how many jobs listings I’ve seen with requirements for someone to have technology skills and to be an effective communicator. More often than not, those skills are mutually exclusive. In my case, I have been able to get a taste of both worlds, which has opened doors and job opportunities for me. I don’t regret any of my education.

To anyone else who feels like they are stuck in a situation that they don’t enjoy and are too scared to make a change, I offer you the words of Shia LaBeouf: “Just do it! Make your dreams come true!” Everything will work out if you keep moving and keep your head up. Just don’t be that person who wakes up in 30 years and wishes they had done things differently. I definitely don’t plan on being that person, and neither should you.