A Dangerous Precedent for Religious Freedom 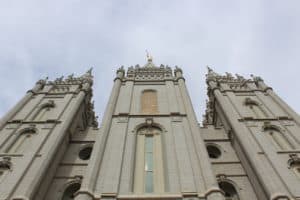 One of the most important things many of the founders fought for, including Thomas Jefferson and James Madison, was freedom of religion. You see, before the formation of the Constitution, many colonies had an official religion just as England did. Some of the colonies were more tolerant of differing religious opinions and practices than others, but many of the founders were concerned that these official religions would lead to tyranny just as they had in England.

Thomas Jefferson was instrumental in disestablishing the Church of England as the official religion of Virginia. One of his best friends, James Madison, worked hard to ensure that the freedom to worship according to the dictates of conscience was enshrined in the Constitution. Many see these efforts as opposites, but the end goal was to allow citizens to worship God how they saw fit.

As Thomas Jefferson wrote, “Almighty God hath created the mind free, and manifested His supreme will that free it shall remain by making it altogether insusceptible of restraint . . . . All attempts to influence it by temporal punishments or burdens, or by civil incapacitations . . . are a departure from the plan of the Holy Author of our religion . . .”

Yet, despite the tireless efforts of these men and others to secure for Americans the right to worship their God as they see fit, this freedom is now blatantly under attack, yet no one seems to see it or understand the significance.

Due to the coronavirus, religious worship has been shut down all across the country and all over the world. Regardless of how you feel about the legitimacy of the pandemic, it is important to understand that life carries inherent risk. Each time you step outside, you risk serious injury, sickness, or death. In fact, even inside your own home, there are many risks that could lead to similar results.

The question then becomes: which risks does the government have a duty to protect its citizens against? The obvious answer to this question is threats to life, liberty, or property. However, many would take this answer and say, “Well, the coronavirus is a threat to the life of others, so the government should protect us from it.”

But what about heart disease? Heart disease is the #1 killer in America. The state could easily protect us from heart disease by banning the sale and consumption of meat products (which are among the greatest contributing factors. See here and here). To most people, this sounds absolutely ridiculous, as it should. So then, why is it ok for the government to completely shut down much of the country in order to stop a virus which has consistently failed to live up to expert models. The answer from the media is that we’re doing a great job at “flattening the curve.” This is blatantly false because the initial death toll projections from the models included full compliance with social distancing measures. The model used by the White House has admitted that their projections are like “weather forecasts.” Current projections, however, put the virus on par with a bad flu season. Of course, models will often fail. But should we bet the livelihoods and freedoms of millions on a model?

Experts such as Dr. Anthony Fauci have suggested that COVID-19 may be seasonal. Does that mean we’ll have to deal with these authoritarian measures of containment each time this thing rears its head? Of course not. Once there’s a vaccine, only those who can prove they have been inoculated will be allowed their freedom.

Indeed, many of our God-given rights have been infringed upon by the government and even willingly ceded by unwitting citizens. Benjamin Franklin once said: “Those who would give up essential liberty, to purchase a little temporary safety, deserve neither liberty nor safety.”

Would we consider it essential to buy, sell, and contract with whomever we please?

Would we consider it essential to gather with family and friends?

Would we consider it essential to worship our Maker?

According to Dr. Franklin, if we’re willing to give these freedoms up for a little temporary safety (and it is temporary because outbreaks of new diseases seem to occur each and every election year…), we don’t deserve them.

To the founders, the idea of giving up your liberty in order to be protected from a virus would have been preposterous because it is God that gives liberty, not the government. Men such as Thomas Jefferson, Samuel Adams, John Hancock, and scores of others risked life and limb in order to secure the gift given by God. Do you think they would have willingly given up their freedom had they been privy to our modern medical knowledge when a virus came along?

One of the most important freedoms currently being trampled upon is the freedom of religion guaranteed to us in the Bill of Rights. It reads: “Congress shall make no law respecting an establishment of religion or prohibiting the free exercise thereof…”

Most people believe this means separation of church and state, but the latter half of the phrase is critically important in our current predicament. Congress shall not (commandment language) prohibit (meaning forbid, prevent, or hinder) the free exercise thereof (meaning use, practice, or application).

The freedom of religion was the very first freedom protected in the Bill of Rights. This is no accident. The founders believed that religion was the gateway to morality, which would ultimately keep the Republic alive and her citizens free.

What once seemed crazy to many is now very real. In Kentucky, the governor announced that the state would be taking license plate numbers of those attending Easter services and would force them to self-isolate for 14 days afterward.

In Mississippi, church goers are being fined $500 for simply sitting in their cars in the church parking lot.

In Idaho, the city of Boise has threatened to come down on a group of Latter-day Saints seeking to gather on Easter Sunday to worship together.

Pastors in Louisiana and Florida have been arrested for refusing to stop church services in defiance of government mandates.

For Latter-day Saints, temple worship and essential ordinances have been stopped for God only knows how long. The end of our religious worship is to receive saving ordinances and to perform them for our ancestors. It is not a trivial matter to stop ordinance work. “But the Church shut everything down preemptively. That means they’re taking this seriously, so you should too,” some may say.

May I offer a counter-perspective? When, in the history of the Church in these last days, has the Lord completely stopped the work of salvation in temples throughout the world? Additionally, throughout scripture, we are commanded to gather and to worship together. Thankfully, we are still able to perform the sacrament in our homes, but God wants us to congregate together. Could the Brethren have taken the action they did because they wanted to protect members from the virus? Perhaps.

I do not pretend to know the mind and will of the Lord on this matter–only one who holds the keys can. However, there are possible clues for why the work would halt in the scriptures. When Wilford Woodruff discontinued the practice of polygamy, he said he was shown by the Lord what would happen to the temples and the work if he didn’t end the practice. In our day, what do you think would happen if the Church refused to close services and temples preemptively? The obvious answer is that the Church would be forced to close by governments in many parts of the country and the world. Perhaps our situation is not so dissimilar to the predicament President Woodruff faced. Maybe even more serious. (I would encourage everyone to review Official Declaration 1 for more understanding of how this document relates to our day.)

Further, Doctrine and Covenants 134 states: “…we do not believe that human law has a right to interfere in prescribing rules of worship to bind the consciences of men, nor dictate forms for public or private devotion…” There is no “except in cases of viral disease” clause.

I hope that you can understand the gravity of the stopping of ordinance work. Joseph Smith himself said that “no unhallowed hand can stop the work from progressing.” Certainly, those unhallowed hands include viruses and Gentile governments. It is God who decides when His work begins, when it pauses, and when it stops.

Let’s say you don’t buy into anything I’ve said here. You believe the virus is the worst thing since the black plague, and we have to do everything we can to “flatten the curve.”

Wouldn’t you agree, however, that this is a very dangerous precedent we are setting here in America? When the next crisis happens, what will the reaction be? What measures will be taken to “protect” the citizens? If the government can decide who can worship and when, what good is the government!? What good is the Constitution and the Bill of Rights? I submit that such a government is no better in principle than the government from which our forefathers separated in 1776!

My ancestors faced persecution and imprisonment in England because they dared worship God according to the dictates of their own conscience–not according to the governmental prescribed rules of the day. Eventually, they left England on a ship known as the Mayflower and braved the elements, sickness, and death in order to worship their God. How we have forgotten the example of these faithful Pilgrims!

If you still disagree with any of these assertions, I would challenge you to show me a government in the history of the world that has peacefully returned liberty of its own accord to its citizens once that liberty has been taken. Trust in government has replaced trust in God, and now we are paying the price. It is God who takes care of us, not the government. If we rely on the latter rather than the former, we will have front row seats to the destruction and downfall of our nation.

I stand with President David O. McKay when he declared: “I shall raise my voice as long as God gives me sound or ability, against the communistic idea that the government will take care of us all…” We must not submit to the idea that the safest place for our liberty lies in the hands of our government. We must awaken to a sense of our awful situation and sound the alarm rather than be apathetic, passive observers.

While I believe, as laid out in the Declaration of Independence and D&C 101, that we must peacefully resist and petition the government for a redress of every grievance committed against our rights, I fear that if we continue to allow government to swipe our freedoms, those freedoms may be lost for good. If that is the case, as Ezra Taft Benson said, “once freedom is lost, only blood—human blood—will win it back.”

PrevPreviousGo Ye Out From Babylon
NextNo, Masks Are Not Our Brass SerpentNext